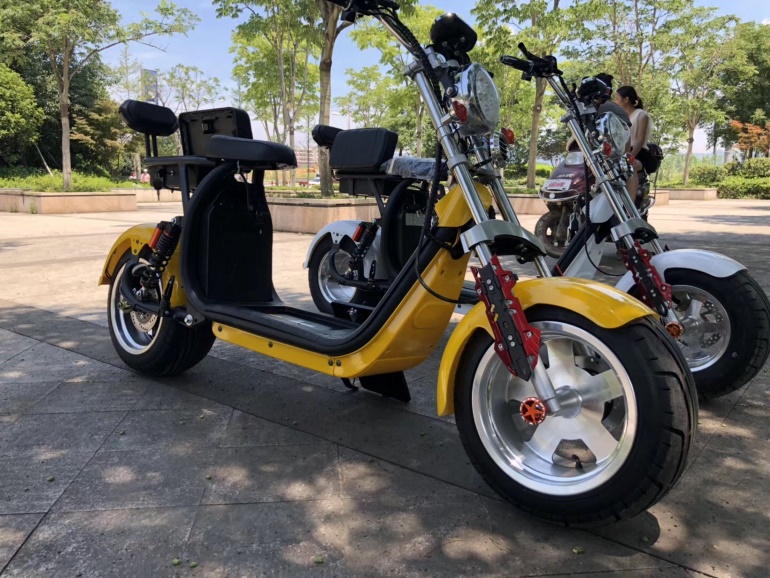 When visiting our store, many people ask: what is the difference between a CityCoco electric bike and a bicycle with a motor-wheel? The principle is the same!

The principle of operation is indeed the same, but still we decided to highlight the differences as much as possible.

The biggest argument in favour of an e-bike is safety. Powerful frame that does not wrinkle in an accident, a loose fit that reduces the risk of injury from a fall or side impact. In the event of a side impact, the impact will be taken by the side of the frame, not the legs. On a bike, you have a frame between your legs, and the likelihood of injury in this case is much greater.

Also, it is much more convenient to sit on an electric bike, you do not need to throw your legs over the frame. And the landing itself is like on a stool - you are sitting with an absolutely flat back. On most bikes, your back is tilted, which can lead to fatigue and back pain in the event of long rides.

An electric scooter with a 1000W motor will not accelerate to 60 km/h, as an electric bicycle will do, for this you need to choose a model with an engine with a power of 2000 W or more, but in both cases it will stretch to almost any hill and ride on the sand.

Of course, it could be adjusted to an even higher speed, but electric scooters such as CityCoco are premium vehicles made for convenience so that you do not have to help it get under way with your feet, and you could easily drive up a steep hill or put your second or even third passenger in the back seat.

On bicycles, in most cases there is no seat for second passenger.

Cheap electric bicycles have a gear motor-wheel and the gear itself has a certain resource. Powerful and expensive bicycle motor-wheels have the same direct drive as CityCoco electric scooters, but in any case, as in any bicycle, if you pedal, then over time you need to lubricate and change the chain, sprockets and other rubbing elements.

In addition, an electric bicycle with a capacious battery and a powerful engine will weigh about the same as a CityCoco electric bike, so you will not get additional difficulties during transportation or, if necessary, store it in an apartment.

CityCoco has almost no rubbing elements, apart from consumables - brake pads and bearings, which last for a very long time, and you can easily buy and change them in our RIDE Bike Shop.

The cost of an electric bicycle is higher because, in addition to the frame and similar electrical components, it has a chain, sprockets, gear switches, etc. In addition, if you are going to pedal on an e-bike, you should keep in mind that it will not be as easy as on usual bicycle. The electrical stuffing (motor, battery) will add decent weight to it, and the motor-wheel will create resistance to movement. To give you a rough idea of ​​what it is to pedal on an electric bicycle, put the second passenger on a usual bicycle and try to start.

On the huge platform for the legs of the electric scooter, you can carry anything you want - even bags of potatoes or spare batteries. 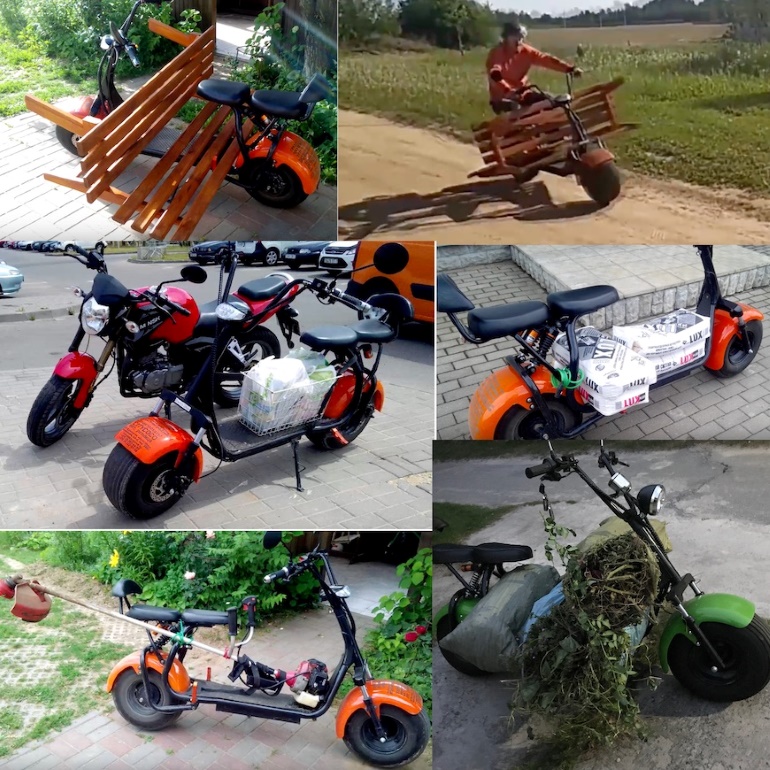 But be careful! If you go to the largest Chinese marketplace Alibaba, then you will see that the CityCoco form factor has become so popular that unscrupulous sellers often refer to any electric vehicle in order to increase views of their products. And absolutely all sellers call this the new form factor of electric scooters, which look like gasoline choppers. Such electric scooters have nothing to do with the CityCoco form factor and, accordingly, all the above advantages are not relevant for them! For a certain period of time, we imported the electric scooters shown below as an alternative to CityCoco, but we stopped it because our customers were much more likely to be injured due to the partition between their legs. If you want just such an electric scooter, we can bring it for you in order.

Despite its solid appearance, in Ukraine, an electric bike with a capacity of up to 4000 W is equated to an ordinary bicycle, does not require registration with the traffic police and a driver's license (up to 3000 W).

Read in the blog:

What’s the difference between CityCoco bought from us and from China or European Warehouse? What do you pay for and…

Be careful when buying CityCoco! What range must be?

SEEV/CITYCOCO/WOQU/BX - why do these scooters have different names on the internet? 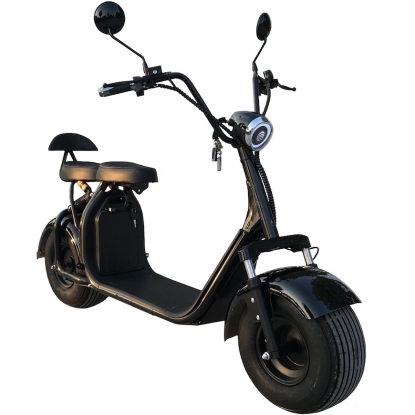 CityCoco Long Range Performance
The most powerful CityCoco in the world with the highest quality branded electrical components.
Detail